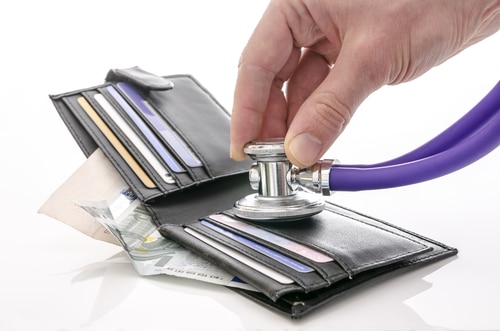 NEWARK, N.J. – Two Rockaway, New Jersey, residents who owned a mobile diagnostic testing company were each sentenced today to over six years in prison for receiving more than $4.8 million from Medicare and private insurance companies for diagnostic testing and reports that were never interpreted by a licensed physician, U.S. Attorney Paul J. Fishman announced.

Kirtish N. Patel, 54, and Nita K. Patel, 53, were sentenced to 100 and 78 months in prison, respectively. Both defendants previously pleaded guilty before U.S. District Judge William H. Walls to separate informations charging them each with one count of health care fraud. Judge Walls imposed the sentences today in in Newark federal court.

According to the documents filed in the case and statements made in Court:

Kirtish Patel admitted to, from October 2008 through June 2014, fraudulently interpreting and writing diagnostic reports produced by Biosound despite having no medical license and knowing that the reports would be used by the referring physicians to make important patient treatment decisions. Nita Patel admitted assisting her husband in forging physician signatures on the fraudulently produced reports to make them appear legitimate. Kirtish and Nita Patel Patel also admitted falsely representing to Medicare that the neurological testing performed by Biosound was being supervised by a licensed neurologist.

More than 10,000 diagnostic reports generated by Biosound between October 2008 and June 2014 were never actually reviewed or interpreted by a physician. Kirtish and Nita Patel were paid more than $4.8 million by Medicare and private insurance companies for the fraudulent reports, which they used for personal expenses, including multiple residences and luxury vehicles.

The government is represented by Assistant U.S. Attorney Danielle Alfonzo Walsman of the U.S. Attorney’s Health Care and Government Fraud Unit in Newark.

U.S. Attorney Paul J. Fishman reorganized the health care fraud practice at the New Jersey U.S. Attorney’s Office shortly after taking office, including creating a stand-alone Health Care and Government Fraud Unit to handle both criminal and civil investigations and prosecutions of health care fraud offenses. Since 2010, the office has recovered more than $1.31 billion in health care fraud and government fraud settlements, judgments, fines, restitution and forfeiture under the False Claims Act, the Food, Drug, and Cosmetic Act and other statutes.