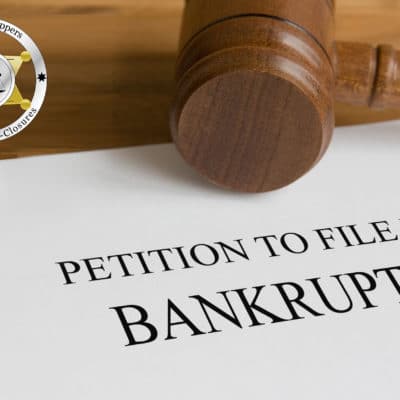 Karl Robinson Pleaded Guilty to One Count of Bankruptcy Fraud

Robinson operated the foreclosure rescue scheme from 2008 until 2013 under his own name and other names, including “Stay In Your Home Today,” “21st Century Development” and “Genesis Ventures Corporation.” The businesses provided illegal foreclosure- and eviction-delay services to homeowners who had defaulted on their mortgages. The purpose of the scheme was to obtain money from distressed homeowners, and in exchange Robinson was able to hinder, delay and obstruct lawful foreclosure and eviction actions against property owners who had defaulted on their mortgages.

As part of the scheme, Robinson filed bogus grant deeds in county records offices and other fake documents in formal eviction proceedings to make it appear that fictional people held interests in distressed properties. He then fraudulently filed bankruptcy petitions in the names of the fictional people to trigger an “automatic stay” in the bankruptcy cases. The filing of a bankruptcy petition has the effect of suspending all creditor actions, including foreclosure proceedings commenced by mortgage lenders and eviction actions commenced by purchasers of foreclosed properties.

“This defendant filed scores of fraudulent bankruptcy actions – sometimes on multiple occasions in relation to a single property,” said United States Attorney Eileen M. Decker. “He took advantage of distressed homeowners by stealing identities and lying to them about what he could do for their properties as long as they continued to pay his fees.”

Robinson admitted that as part of his scheme he obtained nearly $3 million from distressed homeowners and filed more than 200 fake bankruptcies.

“Mr. Robinson used his position as a pastor gain the trust of distressed homeowners, only to lure them with false hope while he worked the system to get rich,” said Deirdre Fike, the Assistant Director in Charge of the FBI’s Los Angeles Field Office. “The FBI and our partners with the FHFA-OIG and the U.S Attorney’s Office will continue to combat schemes targeting vulnerable homeowners.”

As a result of today’s guilty plea, Robinson faces a statutory maximum sentence of five years in federal prison when he is sentenced by Judge Real on November 28.

The criminal case against Robinson is the result of an investigation by the Federal Bureau of Investigation and the Federal Housing Finance Agency, Office of the Inspector General (FHFA-OIG).

“Karl Robinson engaged in a complicated fraud scheme that preyed on others misfortune to line his own pockets,” stated FHFA-OIG’s Special Agent in Charge Leslie Demarco. “Today’s guilty plea is the first step toward taking responsibility for his criminal activity.”

The case against Robinson was prosecuted by Special Assistant United States Attorney Kerry L. Quinn of the Major Frauds Section.