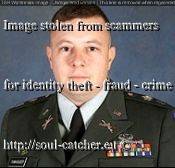 On November 10, 2016, Orlando Ortiz, 53, Luis Enrique Tur, 47, Jeffrey Todd Canfield, 49, Rafael Amador, 34, and Osvaldo Sanchez, 40, pled guilty to one count of conspiracy to commit bank fraud and wire fraud affecting a financial institution, before U.S. District Judge Federico A. Moreno.  The defendants are scheduled to be sentenced on January 19, 2017.

On November 16, 2016, Mirna Pena, 54, and Pedro Reynaldo Allende, 66, pled guilty to one count of conspiracy to commit bank fraud and wire fraud affecting a financial institution, before U.S. District Judge Patricia A. Seitz.  The defendants are scheduled to be sentenced on March 28, 2017.

According to court documents, including the agreed upon factual statements:

In 2007 and 2008, Ortiz, Tur, Canfield, Amador, and Sanchez participated in a mortgage fraud scheme involving two condominium projects: “Portofino at Largo,” in Largo, Florida, and “Bayshore Landing,” in Tampa, Florida.  Pena and Allende were involved in the same mortgage fraud scheme; however, their involvement was limited to units in the Portofino at Largo project.

During the course of the conspiracy, Pena, Allende, and other individuals recruited straw buyers and unqualified buyers, including Ortiz, Tur, and Canfield, to purchase units in the two condominium projects.  Among other things, the recruiters told certain prospective buyers that: buyers did not have to contribute any money to purchase a unit; buyers would receive a cash-back incentive or “kick-back” after closing; and buyers would receive several months’ mortgage payments.

Financial Fraud: Barrie Osborne Was Charged By Indictment With…

Pena and Allende operated two Miami-based businesses, which were used to perpetrate the mortgage fraud scheme: Mortgage Bankers Lenders, Inc., a mortgage broker business, which submitted false and fraudulent loan applications and related documents to the lenders; and United Title Services & Escrow, Inc., which closed mortgage loan transactions even though the buyers had not paid earnest money deposits or cash-to-close, and used loan proceeds to pay “marketing fees” to a marketing company operated by unindicted co-conspirators.

Ortiz, Canfield, and Tur purchased units in Portofino at Largo.  Tur also purchased units in Bayshore Landing.  Ortiz, Canfield, and Tur engaged a Miami-based mortgage broker business operated by an unindicted co-conspirator to prepare and submit mortgage loan applications for their units.  On their behalf, the co-conspirator prepared and submitted fraudulent loan applications and other documents to various lenders.  The fraudulent loan documents included fabricated W-2 Wage and Tax Statements and pay stubs.  After closing on their units, Ortiz, Canfield, and Tur received substantial undisclosed kick-backs from a marketing company operated by an unindicted co-conspirator.  The kick-backs were funded with fraud proceeds, which had been paid to the marketing company as “marketing fees.”

The defendants face a maximum statutory term of thirty years’ imprisonment for their participation in the mortgage fraud conspiracy.

Mr. Ferrer commended the investigative efforts of the FHFA-OIG, FBI and MDPD.  Both cases are being prosecuted by Assistant United States Attorney Dwayne E. Williams.

Financial Fraud: Lawrence Hoskins Was Sentenced For His Role In a Multi-Year,…

Get the best of world News delivered to your inbox daily