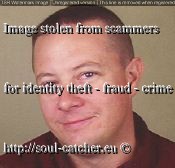 CHICAGO — The president of a Florida-based financial firm has pleaded guilty to a money laundering charge in connection with the sale of $179 million in sham loans to a Milwaukee investment company.

TIMOTHY G. FISHER was the president and chief operating officer of First Farmers Financial LLC when the company sold 26 non-existent loans to a Milwaukee investment firm for $179 million.  The company submitted documents to the Milwaukee investment firm that falsely created the appearance that the loans had been issued to borrowers in Florida and Georgia and were guaranteed in part by the federal government.  In fact, the sham loans, which purportedly had principal amounts ranging from $2.5 million to $10 million, did not exist.  The Milwaukee firm, which purchased the loans as an investment vehicle for its clients, which included community banks, retirement plans, municipalities, and subdivisions in Illinois and elsewhere, suffered a loss of $179 million.

Fisher, 39, of Pasadena, Calif., pleaded guilty on Thursday to one count of money laundering.  The conviction carries a maximum sentence of ten years in prison and a maximum fine of $900,000.  U.S. District Judge Charles P. Kocoras set sentencing for May 4, 2017, at 9:45 a.m.

The guilty plea was announced by Zachary T. Fardon, United States Attorney for the Northern District of Illinois; Michael J. Anderson, Special Agent-in-Charge of the Chicago office of the Federal Bureau of Investigation; and Jeffrey A. Monhart, Regional Director of the Chicago Regional Office of the U.S. Department of Labor, Employee Benefits Security Administration.

Financial Fraud: Barrie Osborne Was Charged By Indictment With…

According to his plea agreement, Fisher created fictitious financial statements that were sent to the Milwaukee company.   After receiving money from the Milwaukee firm, Fisher unlawfully engaged in monetary transactions with a portion of the fraudulently obtained funds, including a wire transfer of $450,000 of scheme proceeds.  Fisher caused these proceeds to be transferred from First Farmers’ account in Florida to his personal bank account in California.  He then transferred these funds to the bank account belonging to a business in Nevada in connection with an investment in that business.

First Farmers’ chief executive officer, NIKESH A. PATEL, has also been charged in connection with the fraud on the Milwaukee investment business.  Patel allegedly submitted false statements to the U.S. Department of Agriculture to obtain certification in a USDA program that guarantees a percentage of loans issued to borrowers who improve the economic and environmental climate in rural communities.  First Farmers, which has offices in Florida, Georgia and California, obtained USDA certification after Patel submitted the false statements about the company’s assets and officers, according to his indictment returned last year.

Patel, of Windermere, Fla., has pleaded not guilty to five counts of wire fraud.  His next court appearance before Judge Kocoras is set for Dec. 6, 2016, at 9:45 a.m.

The government is represented by Assistant U.S. Attorneys Patrick King and Rick Young.

Financial Fraud: Shawn Hilliard Sentenced For His Role As a Ringleader Of a Nationwide Bank Fraud Organization

Financial Fraud: Lawrence Hoskins Was Sentenced For His Role In a Multi-Year,…

Get the best of world News delivered to your inbox daily