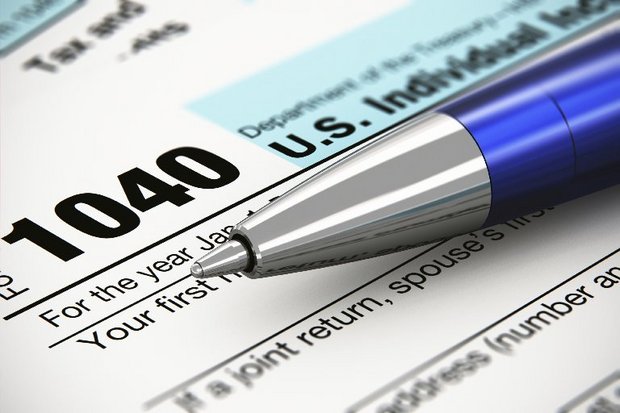 Caused Loss of More Than $9 Million

Teresa Marty, 56, the owner of Advanced Financial Services (AFS), a Placerville, California, tax return preparation business, pleaded guilty today to conspiring to file false claims for refund and conspiring to defraud the Internal Revenue Service (IRS).  On Aug. 24, Pamela Harris, Marty’s office manager, and Rebecca Bandera-Marty, a California certified tax return preparer, also pleaded guilty to one count of conspiring to file false claims.  Marty, Harris and Bandera-Marty were indicted in June 2013 along with two other co-defendant clients, Charles and Victoria Tingler.  The Tinglers pleaded guilty to filing false claims in the spring of 2015 and will be sentenced in November.

“Income tax returns are not a vehicle to siphon public funds for personal benefit,” said Principal Deputy Assistant Attorney General Ciraolo.  “Those individuals, like Teresa Marty, Pamela Harris and Rebecca Bandera-Marty, who promote and facilitate these types of refund fraud schemes should know that the department, along with its partners in law enforcement, is committed to investigating and prosecuting such abuses.”

Marty, Harris and Bandera-Marty admitted that they conspired to file false individual income tax returns claiming more than $60 million in false federal income tax refunds.  Marty and Harris recruited clients by falsely representing that the clients could legally receive sizable tax refunds by filing tax returns with IRS Forms 1099-OID.  AFS prepared false Forms 1099-OID that reported an amount equal to the clients’ debts as income and the same amount of income tax withheld, resulting in significant income tax refunds to which the clients were not entitled.  The scheme included clients from 26 states and caused the IRS to pay out over 40 tax refunds, totaling more than $9 million.  The IRS listed the use of false Forms 1099-OID on its website as one of the “dirty dozen” tax schemes for the years 2009 through 2014.

Marty also admitted that she and the Tinglers, with the help of Harris, filed multimillion-dollar liens against government officials, including three IRS employees involved in the collection of taxes the defendants owed the IRS as a result of participating in the scheme.  Marty filed $84 million liens against the then Acting U.S. Attorney for the Eastern District of California and a former Department of Justice Tax Division attorney involved in filing suit to permanently enjoin Marty and AFS from preparing tax returns.  The liens that were filed with the California Secretary of State unlawfully disclosed personal identification information of the government employees.  Harris and Marty also engaged a commercial collection agency to collect one of the three false liens that Charles Tingler filed against an IRS revenue officer in the amount of $500,000.

“From her office in the Sierra Foothills, Marty traveled around the country to promote a preposterous theory that taxpayers could somehow use IRS forms to claim refunds based on their own private debts,” said Acting U.S. Attorney Talbert.  “As Marty, Harris, Bandera-Marty and others have now admitted, this was just a criminal scheme to make false claims to loot the U.S. Treasury.  I’m proud of the government employees who worked diligently to put an end to this even after criminal schemers retaliated against them personally.”

“The defendants used their knowledge to exploit vulnerabilities in the tax system,” said Special Agent in Charge Michael T. Batdorf for IRS-Criminal Investigation.  “Marty and her co-defendants recruited clients for their tax fraud scheme by falsely representing that they could eliminate their debts and legally receive sizable tax refunds by submitting tax returns with IRS Forms 1099-OID.  Taxpayers should not be taken in by false descriptions of the law or misrepresentations of the facts.  As the old adage goes – if it sounds too good to be true, it probably is.”

“Tax preparers who file false returns with the IRS are not only violating the law and stealing from taxpayers but violating the trust placed in them by their clients,” said Special Agent in Charge Rod Ammari for the Treasury Inspector General for Tax Administration.  “When these same tax preparers then file fraudulent and illegal liens against IRS employees, with the intent to intimidate them from doing their jobs, their actions are doubly heinous.”

Clients of AFS have been prosecuted in Arizona, Colorado, Florida, Georgia, Missouri, Oregon, and Washington for filing the false claims for refund prepared by Marty and AFS.

Additional information about the Tax Division and its enforcement efforts may be found on the division’s website.

Financial Fraud: Avoid and What Is ?