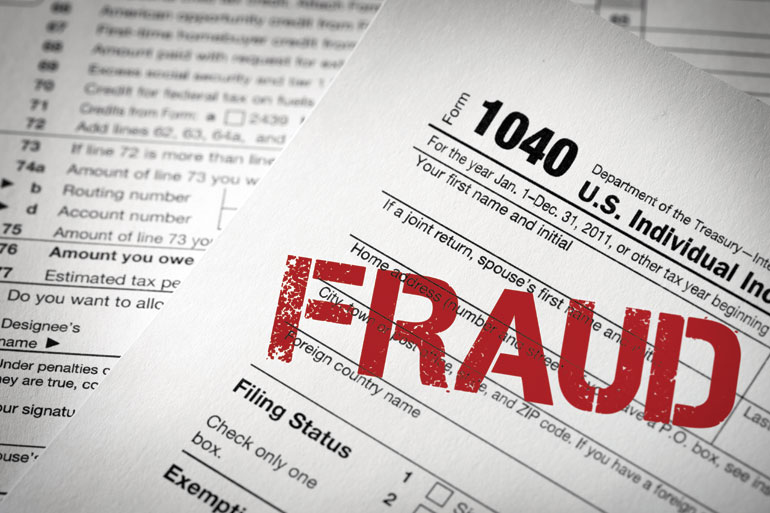 At sentencing, Judge Nunley noted that Volen had stolen from people who had become “like family members” to him.

“Bart Volen and his co-defendants used their trusted positions to steal millions of dollars from the UAIC,” said Michael T. Batdorf, Special Agent in Charge, IRS Criminal Investigation. “Rather than stopping the fraud, Mr. Volen chose to benefit from it. Today’s sentencing should send a clear message that those involved in these types of schemes will be held accountable for their actions.”

According to court documents, between October 2006 and December 2007, Volen, Gregory Scott Baker, of Newcastle, and Darrell Patrick Hinz, 48, of Cameron Park, engaged in a scheme to defraud the UAIC. An indictment from August 2012 charged the defendants with conspiring to commit mail and wire fraud and various money laundering violations. A superseding indictment from April 2013 added additional charges, alleging that Volen and Hinz filed false tax returns in 2006 and 2007, and that Baker filed false tax returns from 2006 through 2009. The defendants ultimately stole over $18 million from the UAIC through their scheme.

According to court documents, in October 2006, the UAIC hired Volen, a developer, to finish construction on a school, a community center, and administrative offices on UAIC‑owned property on Indian Hills Road in Auburn. Volen submitted false and inflated invoices to the UAIC, and Baker and Hinz, both UAIC employees, approved the fraudulent invoices based on a kickback agreement between the three men. Volen supported his invoices with inflated cost proposals from his general contractor’s company, Sequoia Pacific Builders (SPB), and, at times, inflated invoices from various subcontractors. At Volen’s direction, over 160 SPB cost proposals were fraudulently inflated.

Baker was the UAIC tribal administrator whose duties included overseeing the Indian Hills office project. In this position of trust, he was subordinate only to the UAIC tribal council. Hinz was a contract employee hired by the UAIC to manage the construction at the Indian Hills office project site. Both Baker and Hinz were required to approve all invoices before the UAIC tribal council would sign checks to pay for completed work. During the scheme to defraud the tribe, both Baker and Hinz engaged in conduct to ensure that the tribal council would pay for the inflated and fraudulent invoices submitted by Volen. They were later paid by Volen for their participation in the scheme.

In order to disguise the proceeds of the fraud, Hinz sent a number of fraudulent invoices to Volen. These invoices were for consulting work that Hinz claimed he did for Volen. After the issuance of the false invoices, Volen sent Hinz 29 checks, totaling approximately $7.5 million. Hinz paid Baker indirectly for his assistance in the scheme, using money he received from Volen.

According to court documents, Hinz paid for a $12,500 weekend trip that he and Baker took in Hawaii and for certain obligations owed by Baker. Hinz also purchased a number of things for Baker, including various assets, personal property — a $70,000 BMW and a mobile home — several investment properties, a vacation condominium in South Lake Tahoe, and various improvements to property, such as a $54,000 pool at his primary residence. All of these transactions were conducted for the purpose of concealing and disguising the proceeds from the UAIC fraud. During the course of the scheme, Baker received over $1.4 million.

With regard to the tax offense, according to court documents, Volen filed tax returns in which he falsely claimed personal expenses as business deductions. As a result, the United States suffered a tax loss of over $4.3 million.

Chris W. Eatough, the owner of Sequoia Pacific Builders, previously pleaded guilty to a felony related to this case on June 20, 2013. Mr. Eatough was charged in case number 2:13-cr-214 TLN. Eatough is scheduled to be sentence by Judge Nunley on December 8, 2016. Any sentences issued in Mr. Eatough’s case will be determined at the discretion of the court after consideration of any applicable statutory sentencing factors and the Federal Sentencing Guidelines, which take into account a number of variables.