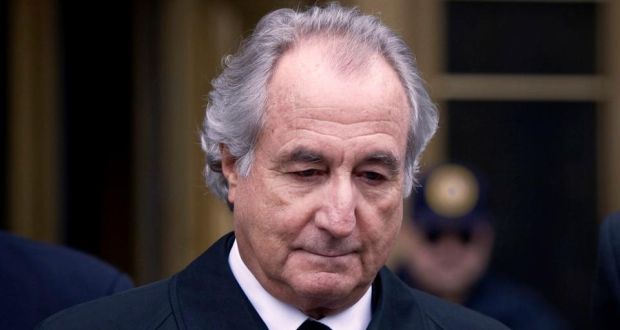 LEV L. DASSIN, the Acting United States Attorney for the Southern District of New York, and JOSEPH M. DEMAREST, JR., the Assistant Director-in-Charge of the New York Field Office of the Federal Bureau of Investigation (“FBI”), announced that BERNARD L. MADOFF was sentenced today in Manhattan federal court to 150 years in prison for perpetrating a Ponzi scheme that resulted in billions of dollars of losses to thousands of investor-victims.

United States District Judge DENNY CHIN, in sentencing MADOFF, stated: “Objectively speaking, the fraud was staggering” and that “the breach of trust was massive.” Judge CHIN described MADOFF’s crimes as “extraordinarily evil” and said that MADOFF’s was “not merely a bloodless crime that takes place on paper but one that takes a staggering human toll.” Judge CHIN said, “No other white collar case is comparable in terms of the scope, duration and enormity of the fraud and the degree of the betrayal.” Prior to imposing sentence, Judge CHIN heard from nine victims who testified as to the devastation MADOFF’s fraud had caused to their lives and the lives of their families.

As part of his sentence, MADOFF, 71, was also ordered to forfeit a total of $170,799,000,000, which represents the total proceeds of and property involved in certain of MADOFF’s crimes. Judge CHIN had entered a preliminary order of forfeiture on June 26, 2009, which completely divested MADOFF of his interest in all property, including real estate, investments, cars and boats, in partial satisfaction of the forfeiture judgment. In addition, by order entered June 24, 2009, Judge CHIN extended the time for ruling on an order of restitution for 90 days from the date of sentencing.

“The sentence imposed today recognizes the significance of BERNARD MADOFF’s crimes,” said Acting United States Attorney LEV L. DASSIN. “While today’s sentence is an important milestone, the investigation is continuing. We are committed to bringing additional charges against anyone else who bears criminal responsibility. At the same time, we are focused on tracing, restraining, and liquidating assets to maximize recoveries for the victims.”

Enron Case: Crime in the Suites

Insurance Fraud: What It Is?