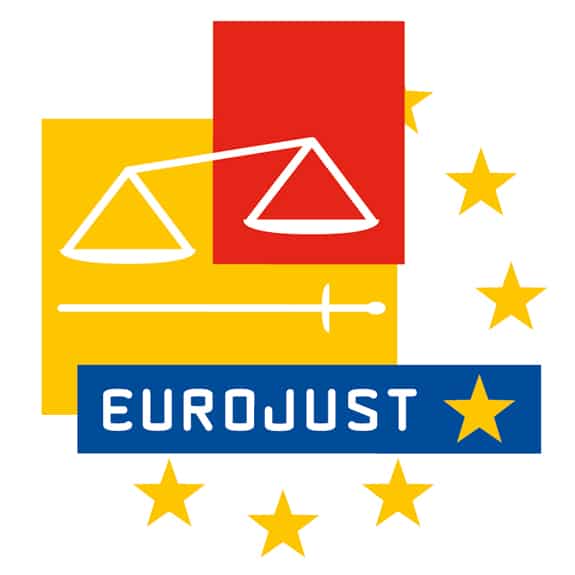 Searches of homes and premises, seizures and arrests were carried out in eight countries, starting in the early hours of the morning.
Europol deployed a mobile office at the coordination centre and a forensic analyst to Germany to facilitate real-time information exchange and cross-match analysis of the data collected. Letters of Request and other judicial instruments were facilitated on the spot.

The international cooperation leading to today’s joint n began in June 2015, when a German prosecutor at the Bielefeld Public Prosecution Office informed Eurojust about a preliminary investigation it has been carrying out regarding a complex VAT fraud case, and enquired whether France was also investigating the same companies as missing traders or knew of other investigations concerning those suspects.

Three coordination meetings were held at Eurojust in The Hague to facilitate, progress and conclude four ongoing investigations at national level in Germany and France. All parties involved agreed, at an early stage, to coordinate their national activities, and to participate in a joint action day, making efforts to avoid both adversely affecting the ongoing investigations in the other Member States and possible conflicts of jurisdiction.

This coordination centre, initiated by the Bielefeld Public Prosecutor’s Office, the Paris National Financial Prosecutor’s Office and an investigative judge of the Paris court specialised in financial investigations, with the support of the French National Tax Intelligence Directorate (DNEF), was set up by the German and French National Desks at Eurojust in close cooperation with Cyprus, Italy, Latvia, Luxembourg, Poland and the UK.

Figures at a glance

Michael Rauschenbach, Europol’s Head of Serious and Organised Crime, said:
Once again, decisive and co-ordinated action by the Member States, supported throughout by Europol and Eurojust, demonstrates to organised criminal gangs that their fraudulent activities will not be tolerated. Value Added Tax fraud is not a victimless crime, nor a ‘white collar’ theft from Governments; this money is stolen from the citizens of the European Union as it deprives our people of the means of investment for essential public services, such as hospitals, schools and infrastructure.

Ms Gabriele Launhardt, Deputy National Member at the German Desk at Eurojust, said:
This operation sends a clear message that Eurojust and its partners help the national authorities of the Member States to join forces across national borders to pursue those we suspect of involvement in organised crime. Through our coordination meetings and the coordination centre, we contributed to preventing this group from hiding behind national borders and continuing to defraud taxpayers of huge amounts of tax money.